I am inquiring about which is better to have as a pet male or female blue cuban?

Hi Becky, nice to meet you. It depends on what you are looking for in a Pet Iguana.

People like males because they grow bigger than females, often by four feet long and 20-25 pounds.

They have bold features; long spines, big dewlaps and contrasting strips and colors, all coming together in a magnificent display.

Around three or four years males can show breeding aggressiveness, which means he could become a little aggressive or even snap at something. I hear lots of stories of them showing aggression. I have not heard there were many serious injuries, mostly just scratches from them not wanting to be held or restrained were the most common.

One thing for sure is every animal is an individual.
I have many Cyclura iguanas that have never shown any aggression, even as breeders. (shown no aggression between Human and Iguana, that is.) I have the most notorious aggressive species but have had many individuals that were like puppies. And I have had some that were the worst.

All of this has something to do with inheritance and a lot to do with environment and upbringing.

The only time a female becomes aggressive is when she lays her eggs. She will protect her nest. Typically after they lay, we have to take them out of that cage to break their protective nature for that site and the nest.

Females are considerably smaller, typically around 32 to 36 inches and 12 to 16 pounds.

They do not display like the males, but they have their own adorability in their subtle features. They have smaller heads, spines and round faces.  Like all Cyclura, if they are raised correctly they can be very tame pets.

Females will typically go through reproduction every year around June. If the eggs are infertile most don't have problems with them. But if she is with a male and the eggs are fertile, the eggs will grow.

The two most common cause of death in female Cycluras are being attacked by the breeding male and being egg bound which can occur with or without a male.

That’s not to say every iguana will have this problem, I am just saying that if it happens, this is the way it happens.  Many never become egg bound.

Let me know if you have any questions. 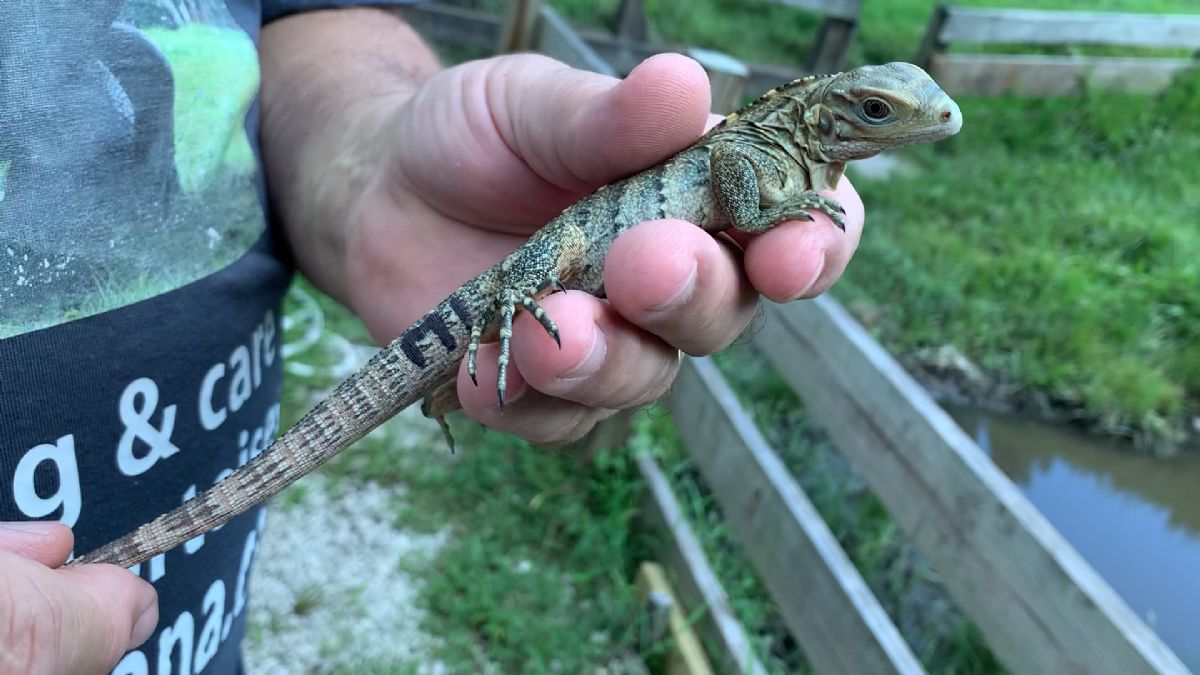