Q: “Thanks, the pictures were very helpful  You said that you see this with Aldab's and Galap's have you ever seen this happen to Sulcata's?”

A: I have not seen this exact condition in smaller tortoises.
Not that I don’t believe it is possible, but I think what really promotes this condition in these large animals is the speed at which they grow, and the weight they obtain.

You do see similar problems in spurs and leopards and other smaller animals but those conditions are much closer to typical metabolic bone disease problems.

With MBD in these smaller species you can see the typical shell deformity’s along with other bone and structural deformity’s, but in Galapagos and Aldabras, you can have near perfect looking shells, yet very poor leg structure. This is probably because the major contributing factor to the condition is lack of exercise.
Which I most often caused by cage size and stimulation and secondarily diet. 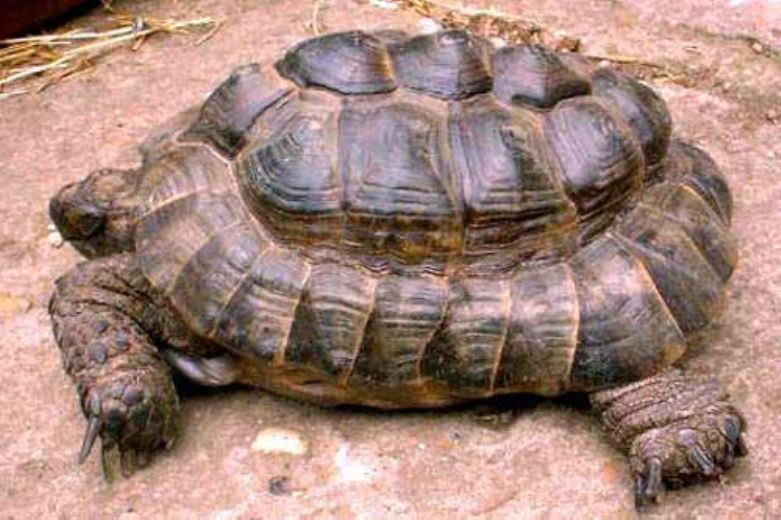