Redfoot Baby: Is he sick?

Redfoot Baby: Is he sick?

Hello Sam. I’m having some issues, so it seems, with the young tortoise. She has a “cough” or more of a chirping sound since she arrived. When she starts to do it her breathing quickens and jerks her head in the shell. She also has been rubbing her face and eyes. Her setup is a rubber tub, cypress mulch floor, a 100 watt CHE, a small heat pad on the wall next to a humid hide box. Temps range from 76-78 cool side87-92 warm side. She has been eating well and has had four good solid bowel movements. When weather is nice, she’ll be outside for a few hours in a pen. When indoors, she stays in the hide and never comes out. We have to take her out to feed her and soak her. In your experience, does this sound like a respiratory infection? Any advice would be greatly appreciated. Thanks, John

Hi John, I was writing you a nice detailed response this morning when I had a major power failure and my computers are down. Initially it seems to me he is sneezing, not coughing, and I can hear congestion in his nose. It could be an allergic reaction to cypress mulch, especially if it’s dusty at all. It has to be damp a little bit.

Also with disinfectant he’s not used to it because he’s been living outside. It can be a problem and even the smell of that carpet can make his eyes water and he can sneeze. I do not believe he has a respiratory infection.

I think initially until I can communicate better with you I would try just washing his enclosure out to get rid of disinfectant smells and just change the cypress mulch to something like newspaper just to see if that has any effect.

I’ll be back to you with more details.

Thanks Sam! I will give it a try.

Hi John, I am sorry you are having problems with her.

She is sneezing, not coughing.

I dont see any slim or mucus around her eyes.

I dont see any slim or mucus coming out of her mouth or nose.
I can hear the congestion in her nose.

She is allergic to something; cypress mulch especially if it is dry or has any dust. Disinfectants or even that carpet she is on can have an irritating smell to it.

She lives outside so hiding and going through an adjustment is going to be normal.

Typically indoor enclosures are darker and less stimulating and again we go through an adjustment period.

Does he have a cage mate? That also can lead to him being sedentary.

Another possibility is that she caught some stress from the flight and now turns up something.

I think the best thing is to give her some time, I really dont think she is sick or has an infection and she definitely isn't going to die or be really sick.

You can send her back for an exchange.

You can send her here for treatment (no charge to you)

In any case, I am always here for you, whatever you decide.

Thank you so much Sam, you have set my mind at ease. We plan for her to be outdoors 24/7 when she gets some more size to her. In the meantime I’ll rework her indoor housing. One of these days I’d like to get one of those Barbados reds! Either way, we will definitely buy from you guys. Again, thank you. John. 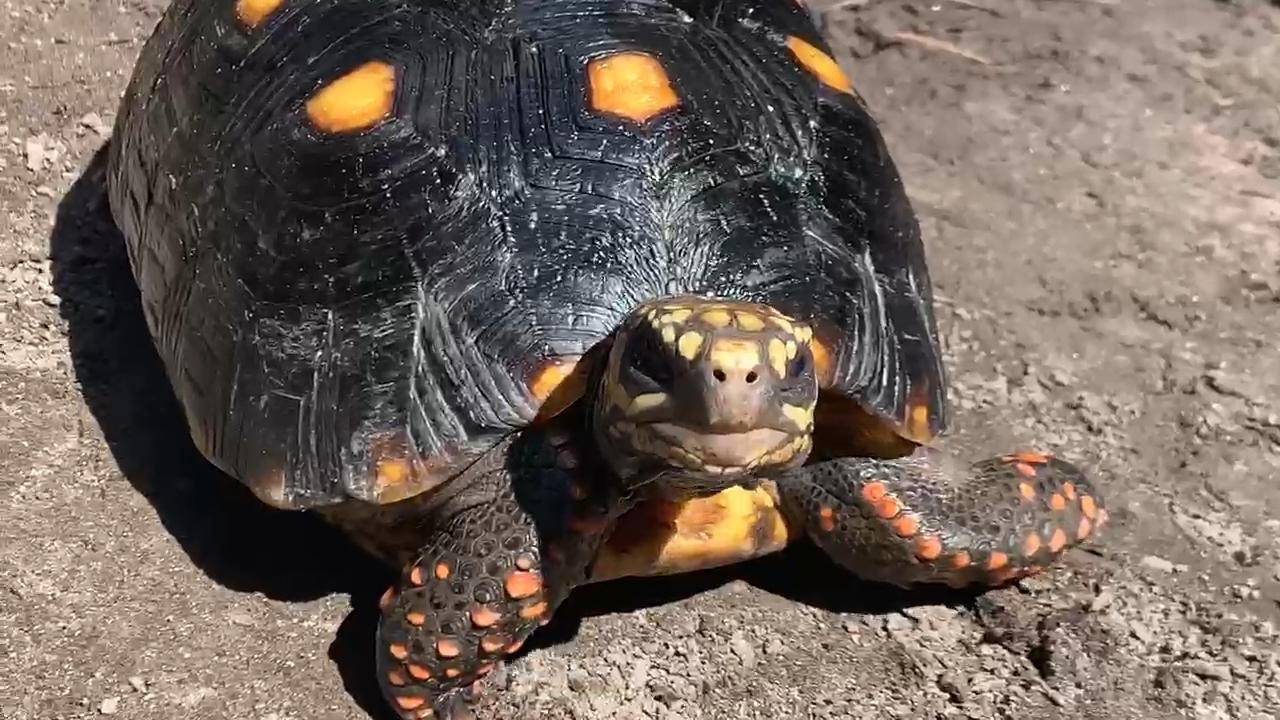