There are also population that made their way over to countries in the Caribbean like, Trinidad and Tobago.

Adult males have been known to reach a size of 32 inches straight shell length and weigh as much as 115 pounds.

You can see her picture on this page.

I have additional animals that range in size from 18 inch to 22 inches.

These animals are much bigger than the typical 16 inches we see in normal yellowfooted tortoises.

by simply coloration,  as I have seen a few different patterns In my exposure to these animals.

I remember when back in the early eighties you could see a few of these animals come in from the imports here in south Miami.

But, back just a few years ago I did see some Amazon Basins yellowfeet come in from Guyana.

I have three different localities of Amazon Basins all of which have different sizes and coloration.

Today there are very few Amazon Basin yellowfeet here in the US however, I do know a few collectors that have some animals.

There is not much breeding activity that I can see, but every so often we do see advertised some hatchlings.

The last known population of these animals that I know of was a Spanish women living in Plantation Florida who had moved up from South America.

I am not sure how she came to have the animals exactly but she had a large group of males and females.

She was the only known breeder of Amazon Basin Yellow feet I have ever heard of.

Back about 5 or 6 years ago, kids started jumping over her fence and stealing her animals.

Unfortunately being widowed and alone all her efforts to stop them failed.

She decided to sell the five animals she had left (she also had 5 hatchlings) and I bought them all.

Unfortunately, all of the males were stolen and I was so stupid, I sold the hatchlings they were the cutes things I had ever seen.
Over time I have sold a female here and there,  the other females and held back. 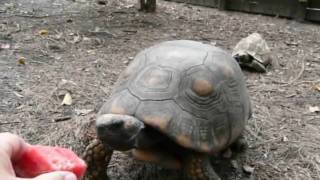 Your tortoise will need a diet high in fiber and calcium and low in fat and protein from a plant-based source. Hays and dark greens that are pesticide-free should provide three fourths of the diet. The remaining quarter of the diet should include organic romaine lettuce, collard greens, rye grass, clovers. Fruit may be offered as an occasional treat.

Each day calcium should be dusted on vegetables should be shopped into small pieces and provided in variety to avoid diseases. Once a week vitamin and mineral supplements should be added to the food to help provide a healty diet for your tortoise.

These turtles make a sound like a baby cooing with a raspy voice. Tortoises also identify each other using body language. The male tortoise makes head movements toward other males, but the females do not make these head movements. Male tortoises also swing their heads back and forth in a continuous rhythm as a mating ritual. Mating occurs all year round for the Yellow Footed Tortoise. There is no parental care of the young and the baby tortoises will fend for themselves, starting by eating calcium rich vegetables.

This South American tortoise eats many kinds of foliage. They are too slow to capture any fast animals. In the wild, their diet consist of grasses, fallen fruit, camion, plants, bones, mushrooms, excrement, and slow moving animals such as snails, worms, and others they are able to capture. In captivity, they are fed oranges, apples, melons, endive, collard greens, Dandilions,plantain, ribwort, clover shredded carrots, insects, worms, cuttlebone, tortoise vitamins, edable flowers, and alfalfa pellets. Each Yellow Footed Tortoise in the wild reaches the age of maturity at about 8–10 years. The fecundity of a female generally depends on the size, the bigger they are, the more eggs they can produce. On average, a female will create approximately 6–16 eggs per year, although some female individuals may not reproduce each year. The eggs have brittle shells and are elongated to spherical, approximately 3–6 cm in diameter. The egg size will increase with the body size of the turtle. The young are self-sufficient from birth. The Yellow Footed Tortoise can live for approximately 50-60 years. 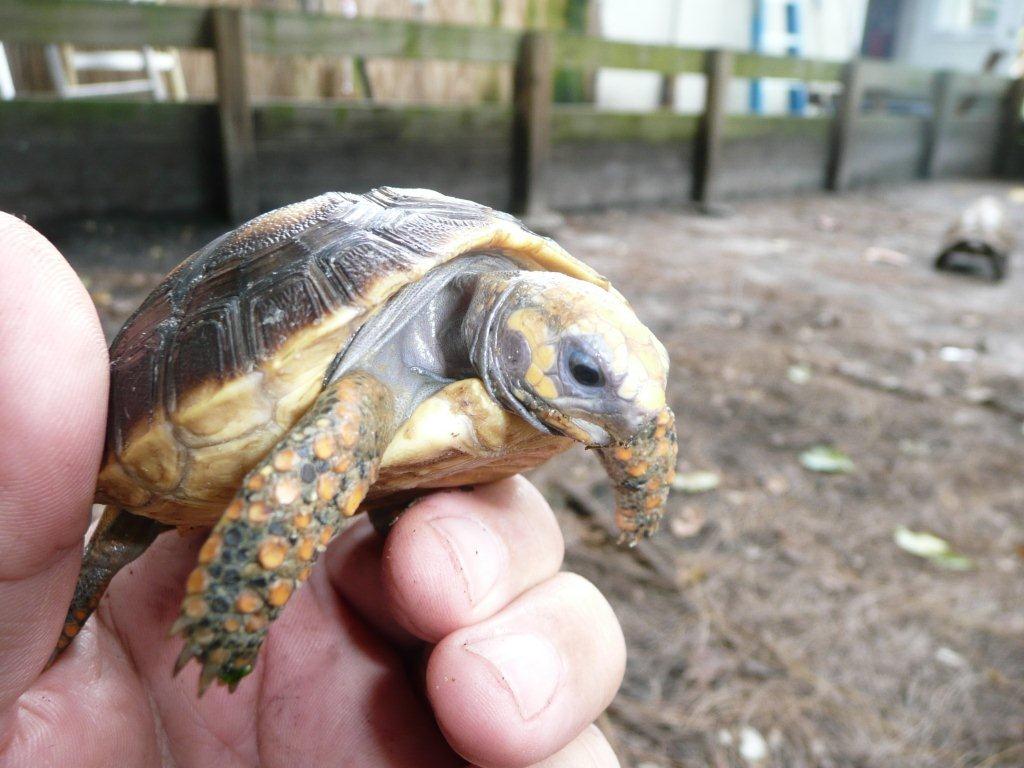 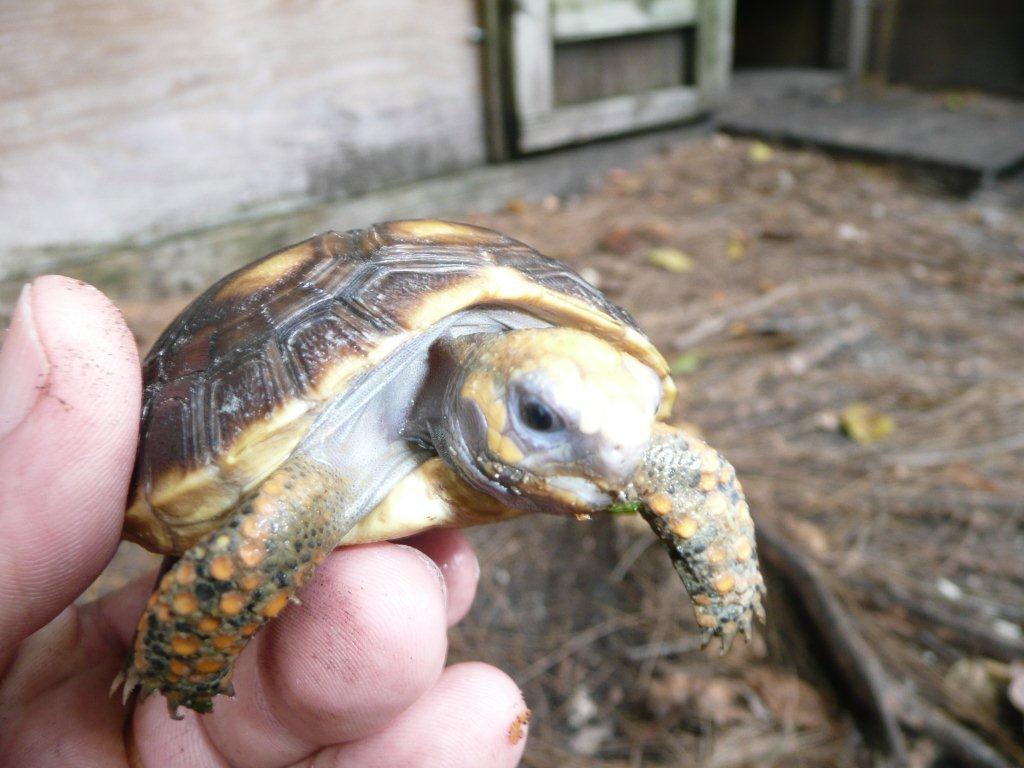 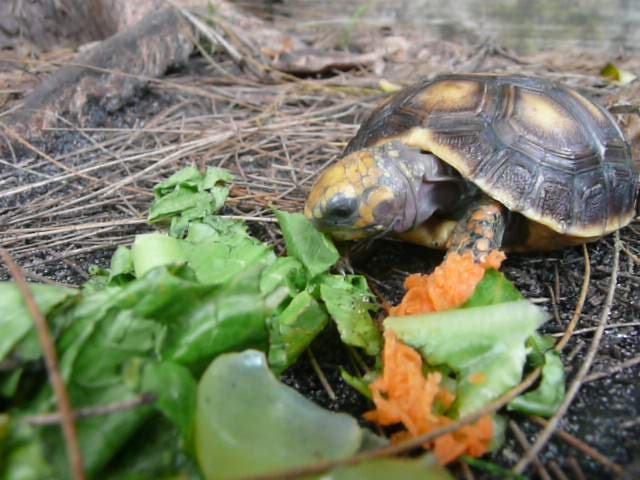 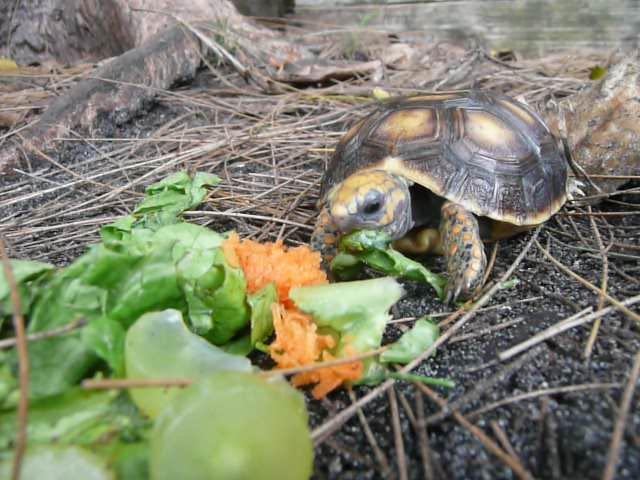 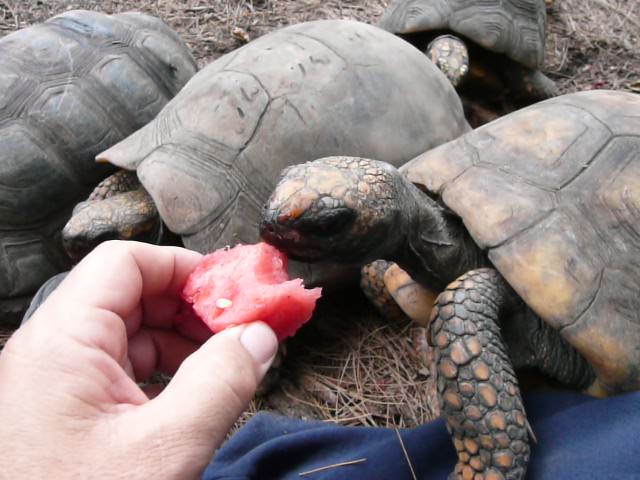 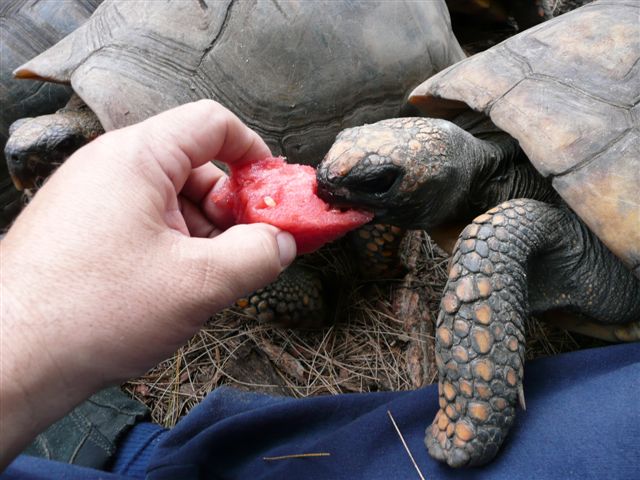 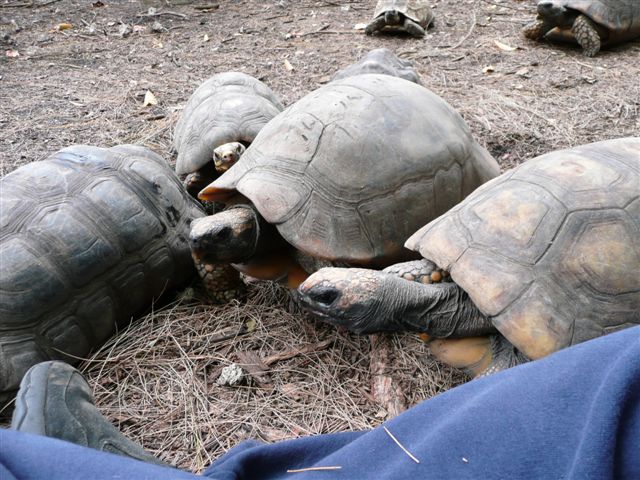 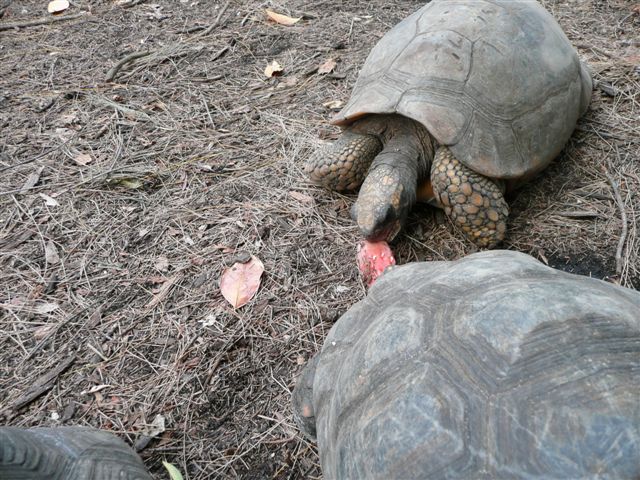